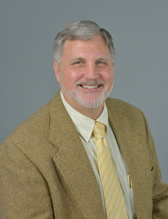 Dr. Welch was in private practice in Lafayette, Louisiana from 1980-2009 practicing in full scope in Oral & Maxillofacial Surgery with emphasis on orthognathic and temporomandibular modalities.  He was part time faculty at the LSU School of Dentistry in Oral & Maxillofacial Surgery from 2002 and then became full time in 2009 with appointment as Assistant Professor with teaching responsibilities of resident supervision in surgery and Advanced Oral Surgery for the dental students.  He became Program Director in 2014 and Interim Department Chairman from 2017 through January 8, 2019.  He has returned from full time academics and has resumed a part time role as a Clinical Assistant Professors supervising residents in surgery and lecturing in the Advanced Head and Neck Anatomy Course.

Dr. Welch is married to Conni and has two children and three grandchildren.  He enjoys playing the guitar during his spare time.